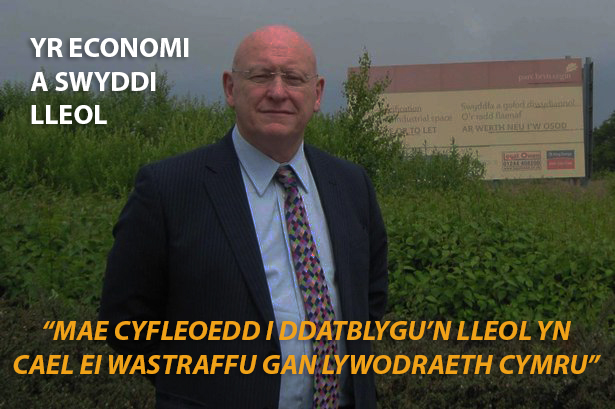 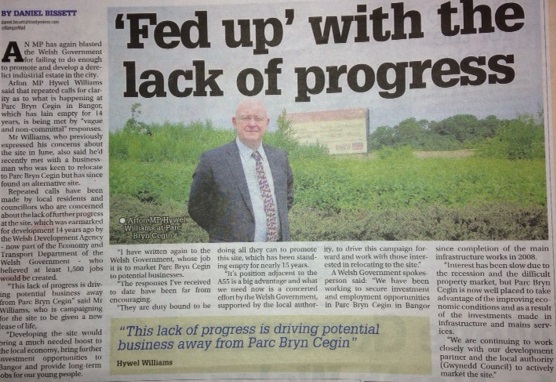 A meeting was held last week in Bangor between Hywel Williams MP, Maesgeirchen Councillor Nigel Pickavance and Arllechwedd Councillor Dafydd Meurig, to plan the next steps of the campaign to put pressure on the Welsh Government to promote investment at the empty site. 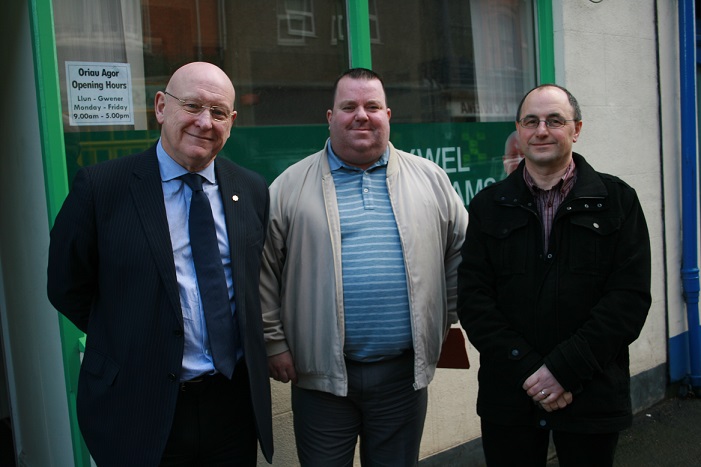 “Over the past year I have had several meetings with businesses interested in relocating to Parc Bryn Cegin. I have referred each of these businesses to the Welsh Government, whose responsibility it is to market the site to potential investors. The response I’ve had has been less than encouraging.

The local community have all backed the campaign to develop Parc Bryn Cegin. The infrastructure to support any development at the site is already in place. It’s in a great location, right next to the A55. Developing the site would bring a much needed boost to the local economy, bring further investment opportunities to Bangor and provide long-term jobs for our young people.

I had a productive meeting with local Councillors Nigel Pickavance and Dafydd Meurig to discuss the future of Parc Bryn Cegin. We discussed various ideas on how to take the campaign forward including the possibility of bringing big names to the site such as Odeon Cinema, a suggestion which has been put forward by many local people.

I will now be making further representations to the Welsh Government to ascertain exactly what their long term plans are for the site, if any.”

The meeting with Councillor Dafydd Meurig and MP Hywel Williams was very constructive, the campaign to find suitable investors in Parc Bryn Cegin has taken a big step forward. With the representation of MP Hywel Williams, we will Lobby the Welsh Government into prioritising their efforts to Bryn Cegin.

We have a detailed plan of action for the Campaign and i am hopeful that for as long as an effort is made by all concerned a suitable developer can be sought for the site.

“Bryn Cegin was established by the Welsh Government over ten years ago with the intention of providing hundreds of local jobs, so it’s very frustrating that no businesses have yet settled there. I recognise that the economy has been in the doldrums over the last few years, but surely all efforts must now be made to market this exceptional site.

I am calling for control of the site to be transferred to either Gwynedd Council or other local body, so that people who live in Bangor and the surrounding area have a greater say over its future.” 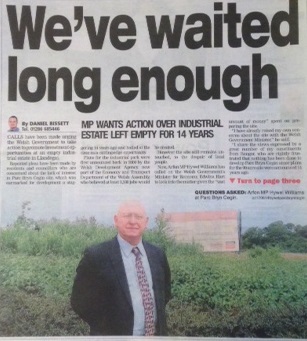 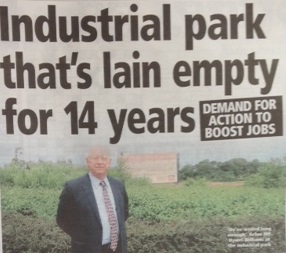 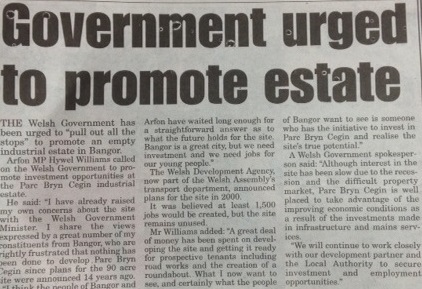